School Shootings are Not Normal

“Did you hear about the shooting in Parkland?”

“17 people killed. Most of them were teenagers.”

“Some crazy kid did it. They caught him already.”

“Chicken. How was your day?”

If you think such a conversation is normal, that nonchalance in the face of the extraordinary gun violence our society faces is acceptable then expect to have many more such conversations. Since the massacre at Sandy Hook elementary school in 2012, 438 people have been shot and 138 killed in 239 shootings at schools. Since the start of this year 1,834 people have been killed by guns.

Concerts. Nightclubs. Movie theatres. Schools. These places should not be synonymous with gun violence. Lockdown drills should not be part of our children’s vocabulary.

When an individual liberty endangers the welfare of others, most especially our children, then it needs to be curtailed. You cannot drive 100 mph on the highway. It is illegal to drive while intoxicated. No right is absolute. Why then does our country not have sensible gun control laws? Of course the murderer is disturbed, of course too little was done about the telltale signals of his murderous designs, but the underlying fact is that access to military style weapons is too easy to gain.

Semi-automatic weapons too easily transform a shooting into a massacre. Why do we allow this to continue? Can we at least agree that such weapons only be allowed in the hands of the military for whom they were designed? Apparently not.

After Sandy Hook I mistakenly believed that such a consensus might emerge. It has not. We can debate the reasons for the continuation of this tragedy. We can disagree about why we still have not seen any meaningful change about why lethal weapons are so easily obtained. We can argue about why mass murder has become so commonplace in our society.

The notion, however, that mass shootings are normal and acceptable is a stain on the United States of America. The regularity with which this occurs, the ordinariness with which we greet such tragic news is an embarrassment. Our infatuation with violence and our embrace of guns is endangering our children. And our failure to agree on significant legislation that might keep such murderous weapons far from people with murderous designs is a blemish on each and everyone us.

So now, six years after Sandy Hook, has the time finally arrived?

I am hoping. And I am pledging to add my voice and contribute my hands to bring about such change.

The 1929 Valentine’s Day Massacre in which seven gang members were killed with machine guns outraged Chicago. The victims were gunned down in broad daylight. People pressured officials to prosecute those responsible, in particular Al Capone.

When will mass shootings once again become the stuff of history books and not just the ordinary events of an everyday week in 21st century America?

I am praying that one day soon I will only read about such massacres in history books and not the morning paper. 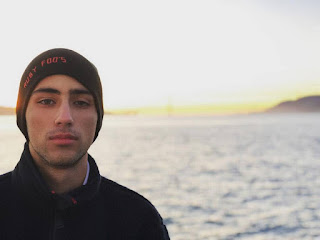 Joaquin Oliver looks like every kid I know and love.
May his memory be for a blessing.