On Shavuot's Torah and Gaza's Chaos

We reaffirm our commitment to the centrality of this book. Around the study of its words our lives revolve. That is how the tradition most certainly sees it.

So important is the Torah that the rabbis teach it preceded the world’s creation. They imagine that the Torah was the blueprint God consulted when fashioning the earth and seas, animals and human beings.

The Midrash teaches. (The Midrash is a collection of stories from the early rabbinic period.)


It is a common practice that when a human king builds a palace he does it, not according to his own conception, but according to that of an architect. The architect, in turn, does not work off the top of his head but uses plans and diagrams to figure out where to put the rooms and the doorways. Thus did the Holy One, Blessed be God, consult the Torah when creating the world.

The Zohar adds. (The Zohar is the foundational text of Jewish mysticism, namely Kabbalah.)


Once the world was created, it could not have been sustained had it not occurred to the Divine Will to create human beings, who would engage in the study of Torah, for the sake of which the world would be sustained. Now, those who delve in the Torah and engage in its study are as if they sustained the whole world. Just as the Holy One, blessed be God, looked into the Torah and created the world, human beings look into it and sustain the world. The entire world is thus both made and sustained by the Torah. Therefore, happy are they who engage in the study of Torah, for they are upholding the world.

The world is certainly in need of more sustenance.

Perhaps the Torah is the sustenance we require.

Regarding the ongoing crisis in Gaza a few thoughts.

While I am deeply pained by the deaths of other human beings, even though many of those Palestinians killed were rioters rather than protestors, I continue to believe that Israel has every right to protect its borders and guarantee the safety of its citizenry. And while Hamas deserves the largest share of blame for the appalling conditions in the Gaza Strip, it is not in Israel’s interests (both its security and moral interests), to live alongside two million people trapped with a mere four hours of electricity per day, inadequate sewage treatment, debilitating food shortages, severe water problems approaching an emergency, and 60% unemployment among those under thirty.

Again while Israel is not largely to blame, it is also not entirely blameless. A humanitarian crisis marked by starvation, thirst, and disease lurks around the corner. Israel cannot fence out these problems. I understand that people have lost faith with Palestinian intentions. Yesterday, when Hamas turned away Israeli medical supplies bound for those injured I similarly lost faith. People are charging the border shouting their murderous intent to kill Jews. With whom is Israel supposed to make peace? Certainly not with Hamas. Then again, if not with its avowed enemies then with whom?

I continue to believe in the necessity of the two-state solution if for no other reason than I see no other way out for the Israel I so love—or perhaps because I remain stubborn about matters of faith. I wish for the State of Israel to live up to the dream of its founders. I wish for Israel to remain both Jewish and democratic.

And that is the faith I most refuse to give up on. 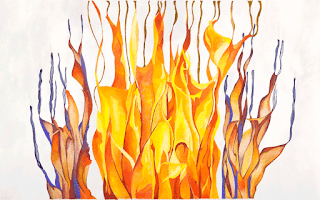