November 07, 2019
One of the most important discussions on any journey, most especially a road trip, is where to make stops. “We’re coming up on a rest stop, does anyone need to use the bathroom?” is a frequently heard question. And, “No,” is the typical response, most especially when your passengers are fixated on watching their YouTube videos. And then five minutes later, after flying past Molly Pitcher (do I hear any cheers for the Jersey Turnpike?), a small voice is heard, “I have to go to the bathroom.” And now, you are twenty minutes from the next rest stop, assuming the ideal, and unrealistic, scenario that the Turnpike is empty of traffic, and you have to make an unscheduled stop.

Or the fuel light comes on, and it is time to refill the gas tank. Or the passengers complain that they are hungry, or they appear cranky, and you decide that everyone needs a break, a chance to stretch their legs, and an escape from the crowded car. “Ten minutes and then we are back on the road,” you shout as they bolt out their seats.

But here is exactly where the adventure might begin. Here is where a discovery might occur. Where the destination is delayed, a story often breaks free.

“Then Abram journeyed by stages toward the Negev.” (Genesis 12)

And I am left wondering about those stages. Where did our forefather stop? What caused him to delay? What place grabbed hold of his heart, or his imagination, and called to him, “We should camp here. We should pause in this place.”

I am certain some of these unforeseen stops, and stages, were made for the most mundane, and routine, of reasons. Even in ancient times, someone must have shouted about a bathroom break. Or the animals needed to rest. Or the food and water had to be replenished. Or, our ancestors were simply tired and exhausted and they could drive on no further. Other times, I would like to imagine, there was something about the place, or the people they encountered on their adventure, that made Abram and Sarai stay longer. “In this place, we should take our time. We should linger.”

So much of our lives are spent searching for a goal and heading toward a destination. So much of our lives are encapsulated by that often heard statement, “Ten minutes and then we are back on the road.” Life is truly lived not in these achieved destinations, but in the stages, and pauses, taken along the way. Meaning is found in the steps discovered along the journey. Life is in some very important ways about the pit stops.

It is in the unexpected conversations found, in the chance meeting made on our way to something else.

And so I am now wondering what it would be like to travel the world without purchasing a return ticket home. I wonder what it might be like to see the world not according to some prearranged itinerary (“Day one: the temples of Kyoto.”), but instead to see what place might call to you and what site might beg you to linger.

For two thousand years the Jewish people have prayed, and in many ages, hoped beyond any realistic hope, that we might return to the land of Israel. This was, and still is, our destination. It figures in so many of our prayers. And now we are there. But there were so many stages along this journey. We built homes in Russia, Iraq, France and Syria. We founded communities in Spain, Turkey, England or America just to name a few. In some of these places there is no longer a Jewish presence and in others we are still there, journeying. We are still lingering.

And now I realize. This is what must define us: the pauses, and the unexpected turns. How is it that your family made their way to this place and found itself in this home? Look back on your own personal stories and histories. Was everything so carefully planned? Or did they only have enough money to make it to New York and no further. And so they stayed, and lingered.

Those stops might be as important as the final, intended, destination.

So next time, don’t just run in and out of the rest stop so you can get back on the road as quickly as possible. Linger. And learn.

The truth is arriving offers far less journeying. And learning is perhaps best discovered when lingering.

The stages have always defined us. 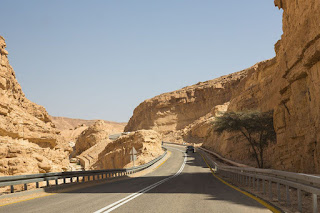