We Are All Resident Aliens; We Are All Brothers and Sisters

November 13, 2020
Heba Nabil Iskandarani recently became a Spanish citizen. The story of how this 26-year-old Palestinian refugee from Lebanon, with no state calling her a citizen, acquired a Spanish passport is a fascinating tale.

After Iskandarani discovered that her Palestinian father had Jewish roots dating back to the Spanish expulsion, she applied for Spanish citizenship. In 2015 Spain adopted a law whose intention was to atone for its persecution and forced exile of the Spanish Jewish community in 1492. The law allowed descendants of Sephardic Jews to apply for citizenship if they could demonstrate Jewish ancestry and a special connection to Spain. In the past five years, over 150,000 succeeded and became Spanish citizens. Of these 43,000 are like Iskandarani not Jewish.

Iskandarani was able to prove her Jewish roots after uncovering her great-grandmother’s old identity card whose name Latife Djerbi references an island off the coast of Tunisia where many Sephardic Jews once lived. In addition, the family observed the curious Springtime custom of dipping hard-boiled eggs in saltwater. Iskandarani now thinks that what the family called a Tunisian tradition was actually a Passover seder ritual. Her mother also always thought it strange that no one in her husband’s family had Muslim names. Her uncles were named Jacob, Ruben, Moses and Zachary.

And so now, with her Spanish passport in hand, Heba Nabil Iskandarani can visit Jaffa, the city where her grandfather was born but which he fled at the start of the 1948 Arab-Israeli war. She remarked that her family’s Jewishness exiled them first from Spain and then their Muslim identity forced them out of the nascent state of Israel. She said, “Quite ironic don’t you think being exiled twice for the exact same reason?” Iskandarani continues to be interested in Judaism and fascinated by her Jewish roots.

After Sarah’s death in the land of Canaan, Abraham approached the Hittites to purchase a burial plot. He said, “I am a resident alien among you; sell me a burial site…” (Genesis 23) And Ephron sold him the Cave of Machpelah in the city of Hebron. It is there that all the patriarchs and matriarchs: Abraham, Sarah, Isaac, Rebekah, Jacob and Leah are buried. Only Rachel is buried elsewhere, in Bethlehem.

The term resident alien is a curious term. The Hebrew reads, “ger v’toshav” and can be more literally translated as “stranger and resident.” In some ways this encapsulates Abraham’s feelings and perhaps our own as well. We are all at home and apart. We sometimes feel like strangers and other times feel like citizens. In one generation we feel at home and in another, exiled and without a nation to call our own. We are all indeed resident aliens.

We wander from exile to welcome, from resident to alien.

Heba Nabil Iskandarani’s discovery could have been our own journey. We are more alike than we care to admit.

We are all indeed brothers and sisters.

The Torah reports: “This was the total span of Abraham’s life: one hundred and seventy-five years. And Abraham breathed his last, dying at good ripe age, old and contended.” (Genesis 25) His sons, Isaac and Ishmael, apart for many years, at war for generations, come together. While they do not speak to each other, they do participate in one activity as one.

Together they bury their father.

And I continue to draw hope from these stories. 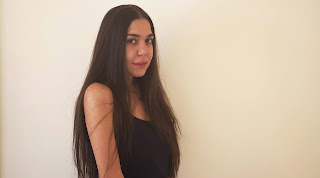