Our Questions Are Our Heritage

December 05, 2020
The Hasidic master, Sefat Emet, points out that Jacob is not called whole (shalem) until after he limps. “Jacob arrived shalem in the city of Shechem.” (Genesis 33:18) This week’s Torah portion, Vayishlach, describes the journey from which he arrives in Shechem. It describes our patriarch’s movement from cheating and brokenness to wholeness and peace.

Jacob, now married with two wives, two maidservants, eleven sons and one daughter, many slaves and an abundance of livestock, sets out to return to his native land. At the same place where he dreamed of a ladder reaching to heaven, he sends his family across the river and again spends the night alone. He is understandably nervous about the impending reunion with his brother Esau who twenty years earlier vowed to kill him for stealing the birthright.

That night his experience is neither a dream nor an earthly reality. He wrestles with a being that is described as divine. Unable to free himself from Jacob’s grasp the being offers Jacob a blessing in exchange for his release. This being declares, “Your name shall no longer be Jacob, but Israel, for you have striven with beings divine and human and have prevailed.” (Genesis 32:29) The being wrenches Jacob’s hip causing him to limp.

Jacob’s new name becomes the name of the Jewish people. Yisrael means to wrestle with God. What a remarkable statement about our people and our tradition! We can wrestle with God. We can question God. In fact, we should question God. While most people understand that questioning is part and parcel to being Jewish, few appreciate that such questioning extends towards heaven. The rabbis called this notion, chutzpah klappei shamayim, chutzpah towards heaven. It is a beautiful and telling concept.

Long ago the rabbis codified action over belief, the duties of the hands over the feelings of the heart. We have books and books detailing exactly which cuts of beef are kosher, when to recite the Shema, even how much we should give to tzedakah. We do not have such books telling us exactly what we must believe. We have many discussions and debates about these questions, but no creeds. We have codes of action not creeds of belief.

It is this embrace of many different theologies that makes Judaism unique and to my mind, extraordinary. I don’t have to have it all figured out. I can still question. I can still wonder. I can still ask: why does God not heal every person who is sick and infirm? Why is there pain and suffering in God’s world?

Questions—and even, or perhaps most especially, questions of God—define us.

Isidor Isaac Rabi, who was awarded the 1944 Nobel Prize in Physics, was once asked why he became a scientist. He answered, “My mother made me a scientist without ever intending it. Every other Jewish mother in Brooklyn would ask her child after school, ‘Nu? Did you learn anything today?’ But not my mother. She always asked me a different question. She would greet me with the words, ‘Izzy, did you ask a good question today?’ That difference—asking good questions—made me become a scientist.”

The question remains our most important heritage. 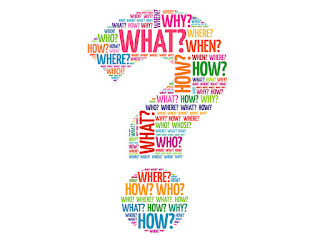