January 28, 2021
You cannot sustain the miraculous. It is a flash that quickly dissipates.

And yet people still chase after them. That’s why they pilgrimage to religious sites, hoping to recapture the spirit of what once happened there. They spend inordinate resources to travel back to where the inspiration for their faith first occurred. This is a mistaken effort and one which Judaism by and large rejects, although more by accident rather than design.

We do not know the exact location of Mount Sinai. The Torah does not record the burial place of its hero Moses. We cannot even find the Sea of Reeds.

And yet the impulse to rediscover such miraculous inspirations still drive religious followers. The medieval philosopher and poet, Yehudah HaLevi, who authored countless poems, most notably the words, “My heart is in the East, but I am trapped in the depths of the West,” died during his journey to reach the Holy Land. Legend records that he was killed as he reached out to touch the stones of Jerusalem’s gates, but he actually never made it to the land of Israel.

People often ask, how come our kids don’t see the modern State of Israel as miraculous. “What’s wrong with them? Don’t they understand and appreciate the modern-day miracle Israel represents?” These questioners recall the moments of euphoria after the State of Israel was founded or following Israel’s unexpected (and miraculous) victory in the Six Day War. Or they remember, as I am often given to relate, Israel’s daring rescue of hostages in Entebbe and the feelings of celebration and affirmation (and even vindication) that we then experienced.

I remember the day like it was yesterday when we, and every other New Yorker, cheered the Israeli navy ships entering the harbor on July 4, 1976. We forget the obvious. Our children were not there on that day. And no matter how many times we might take them out on a boat to New York harbor, or bring them to the battlefields that dot Jerusalem’s landscape, and describe yesterday’s scene they cannot truly imagine the moment. They cannot feel what I felt. They cannot say with me, “It was a miracle.” And that’s not their fault! Stop blaming them.

For my children, our wedding pictures likewise do not recapture the feelings of euphoria and joy Susie and I then experienced. For them it conjures questions like, “Eema, was that dress really in style? Abba, you had so much hair back then. Uncle Mickey looks so young. Who is that person?” They do not say, “Wow, you guys are so in love. Everyone looks so happy.” My memories cannot, and will not, become their thoughts.

This is to be expected. They were not there to experience it. Joy is but a moment. The miraculous is fleeting. History can never do it justice or even accurately capture it. No amount of storytelling, or berating, will accomplish otherwise.

Three days after the Israelites pass through the Sea of Reeds, a mere 72 hours after experiencing the most profound of miracles, the people begin their complaining once again. “And the people grumbled against Moses, saying, ‘What shall we drink?’” (Exodus 15)

The Torah makes clear what our struggles illuminate. The miraculous is unsustainable. It is beyond teaching. Miracles cannot be sustained for the generation who even experience them.

Why doesn’t God continue to perform miracles, like the splitting of the sea, in our own generation?

Because our faith depends not on miracles, performed today or even yesterday, but instead on ordinary and everyday experience. Jewish faith revolves around constant, daily, work.

The sun still shines. Say a blessing. Give thanks.

A stranger is in need, or even a friend. Give tzedakah. Make a phone call. Restore faith.

There is no place to which to travel but here and now. 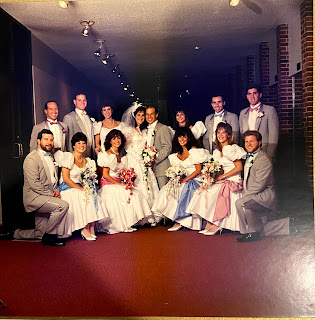