September 10, 2021
In the days and weeks, and even months, after 9-11, I could still recall images of the towers burning and crumbling, the cinder and ash enveloping downtown, the many pictures of the people missing, and buried, and the firefighters killed, first adorning the fences of New York, and then the pages of The New York Times. But mostly I remember the sky. I recall thinking what a beautiful, regal blue the sky was on the morning of that dreadful day. I also remember how empty the sky was in the days that followed. It was empty of planes, save the occasional military jet or helicopter. It felt even empty of birds. It appeared emptied of sounds.

The country too was empty of words that could fill the void, that could comfort us in our horror, that could assuage the first responders’ hurt. Sure, we offered memorial services, we shared songs and poems and even prayers—as if those could somehow fill the emptiness the families who lost mothers and fathers, sisters and brothers, sons and daughters, husbands and wives now felt, as if those could soften the terror we also felt now that our city no longer gleamed with its chaotic enthusiasm. Our city was emptied of its hustle and bustle save the hurried, and harried, work begun at ground zero to remove the mountains of rubble. “We must rebuild,” we shouted. And we did. “We must go after those responsible for these murders,” we cried. And we did. “We must dedicate a memorial to those lost.” Again, we did.

Mostly I remember the sky. Its vastness, its blueness, its emptiness pointed to something greater. We were empty of divisions. We were unified for a brief moment in time.

That same sky will reappear tomorrow morning on September 11, 2021. We will look up to the heavens. The planes return overhead. I no longer have to strain to hear the birds sing. We will remember the sky’s royalty. Its blue thread held us together. Now that has frayed. The divisions, and recriminations, drown out the songs. The heaven’s beauty is shrouded in grey. All we hear is blame. All we see are the pointing of fingers. That is all that fills the emptiness remaining. Fear dominates our hearts. We look at our fellow Americans and see only friend or foe. Terror captivates our thoughts. Democrats blame Republicans. Republicans blame Democrats.

We have been emptied of our solidarity. Camaraderie is cast aside.

Dear God, we pray. Offer us the strength to rebuild not just our buildings, but our nation’s common purpose. Let that regal sky blue fill our hearts so that disagreement and differences no longer become divisions.

The Torah reminds us: “Fear not. Do not be dismayed.” (Deuteronomy 31)

If we are to honor the memory of 9-11, and all those we lost, let this emptiness be dispelled. Let kinship be our abiding blessing. Let unity be our future. 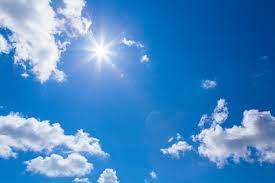