October 28, 2022
The Basque language is unique. It is what scholars call a language isolate and is unrelated to any other existing language. It stands apart from every other European language. Some scholars date its origins to the days when cave dwellers first formulated spoken languages nearly 7000 years ago.

Today it is spoken by some 750,000 people who live primarily in the Basque region, an area that straddles the border of Spain and France on the Atlantic coastline. I became somewhat fascinated by this region when we visited our son Ari who was working at a farm in the Northern Basque region and where I discovered a newfound passion for hard cider, although much to our host’s bewilderment, not his homemade jamon. We travelled throughout the area, moving effortlessly across the French-Spanish border. Throughout our travels we heard Spanish and French but became particularly attuned to the sounds of Basque.

I continue to wonder. How is it that this language remains isolated and unrelated to all others?

The Torah teaches: “Everyone on earth had the same language and the same words.” (Genesis 11) And then they built the Tower of Babel with its top reaching into the heavens so that they could make a name for themselves. God punished them, scattering the people throughout the world and making it impossible for everyone to understand each other. “That is why it was called Babel because there the Lord confounded the speech of the whole earth.”

To this day, we remain confounded by the earth’s myriad of languages.

And yet, even though I do not know a single word of Basque, I find our intricate web of languages a blessing and its nuances an occasion for learning.

It often rains in the Basque country, and more than frequently lightly mists, and so its language has a unique word for what we might term mild rain. Languages are often the products of their homes and reflect the climates and geographies of the areas in which they are born. In Basque one can often see the ocean’s Bay of Biscay, or at least feel its saltiness in the air, and marvel at mountaintops of the grand Pyrenees.

Don’t make me choose
Between the Sea and Dry Land.
I know my residence is a fine line of thread,
But I’d be lost with only the Sea,
Drown with Dry Land.
Don’t make it a choice. I am going to stay here.
Between the green waves and the blue mountains.

Hebrew too reflects its attachment to a place, in particular the land of Israel. Although not as common in modern Hebrew, in biblical Hebrew when our ancestors said, “toward the west,” they would say, “yamah” which literally means “toward the Sea” and southward was said “negbah” which means “toward the Negev.” Even one of the names for God, Shechinah, suggests a place. When in Israel I can sometimes hear the cadence of God’s mysterious presence when someone says, “neighborhood.”

Yiddish as well has many unique words. And yet these are less about place (I wonder if this is because of our countless forced wanderings!) and more about people and relationships. Many are familiar with the term “kvetch,” a complainer or “mensch,” a morally upstanding person. My favorite is “mekhutonim,” the term used to describe the relationship of one married partner’s parents to the other parents. English has no such term to describe this relationship. It is almost as if to suggest it is of little consequence. Or to say, “I don’t want to deal with it.”

Yiddish, however, and the Hebrew from which it derives, thought this relationship to be of great importance or at the very least to be significant enough that we better have a name for it. We better know what to call these people because whether they love each other or not, they are going to be spending a lot of time together and let’s hope doing plenty of shepping naches.

Look at the lessons Yiddish offers. Look at how Hebrew reminds us of our connection to the land of Israel. Look at how a language that few people speak can awaken within us our dependency on climate and our ties to geography.

The richness of the world’s languages is an unrivaled blessing. Our understanding gains refinement and nuance the more we are willing to open our ears, the more we listen to how others speak.

And while it can be frustrating when we to communicate across language barriers, I continue to find our babbling less confounding and instead enriching. Each language has the potential to ennoble our understanding of the word’s diversity of riches. Every language offers us the possibility of learning something new about ourselves. Every word affords us the opportunity to order our world anew.

All we need to do is listen. 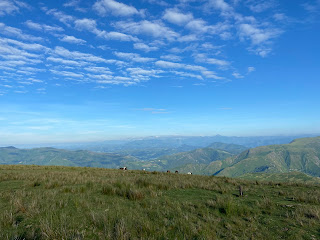